Why do we need to learn English? | English Time Ask Elo

How could we use have and had?

Why do we need to learn English?

Why do we need to learn English? 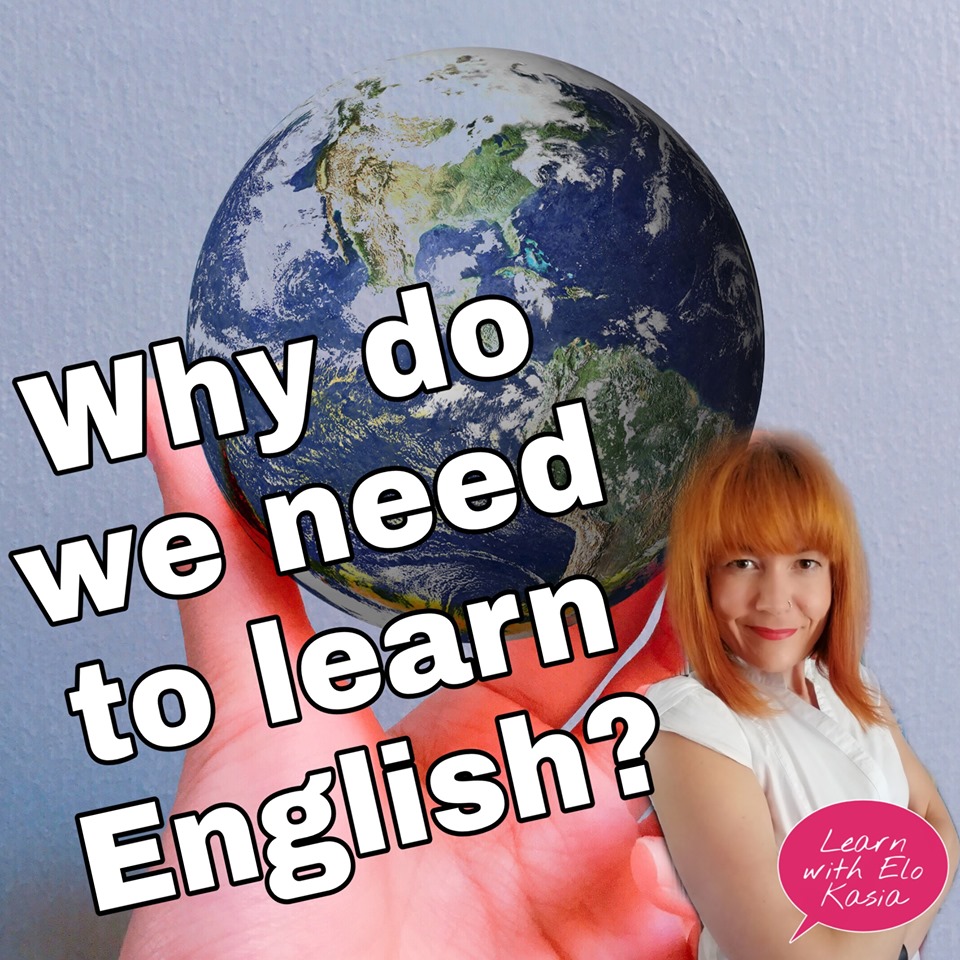 Why do we need to learn English? | Ask Elo Kasia

🤔 Question Time. Why do we need to learn English?

🙏 @Matty Peca Thank you for your question.

😀As usual, I will try to explain the difference using simple language and plenty of examples.

Do you want to know why to learn English?

The popularity of English language courses, online tutors and FB groups speak for themselves.

If you need more reasons, read on …

At least 12 (very) good reasons why you should learn English.

1. English is the most commonly spoken language in the world. Although it is only at number three as a native language (380 million), with 750 million speakers who have it as their second language it rises to number 1 position as the most common language. So, over 1 billion people in the world can speak English and you should become one of them.

2. English is the official language of 53 countries. Apart from the UK, USA, Australia, New Zealand, Canada, Ireland, it is also official in Jamaica, South Africa, Singapore, Nigeria, Kenya and many other places.

4. English is probably one of the easiest languages to learn. Although, unlike in many other languages, its spelling differs from pronunciation which causes some difficulties for beginners, its relatively easy grammar and communicative structures allow you to quickly grasp the basics necessary for everyday usage.

5. Much popular music is composed in English. If you want to understand your favourite artist and be able to sing your favourite tunes, there is no better and more enjoyable way to learn.

6. English is now required in many jobs and an ability to speak English is rewarded by employers English is the most commonly spoken language in the world. Although it is only at number three as a native language (380 million), with 750 million speakers who have it as their second language it rises to number 1 position as the most common language. So, over 1 billion people in the world can speak English and you should become one of them. . Irrespective of whether you need to communicate with your customers or business partners, English is a must.

7. English is the language of business. If you want to expand your business abroad, trade with foreign partners online business, your ability to speak English will greatly increase your potential for growth.

9. Majority of films produced (though I realize that Bollywood makes more) are in English and even foreign films usually have English subtitles. So, you will be able to enjoy such a wide variety of amazing productions if you know English. Not to mention the increasingly popular Netflix productions of TV series. With the knowledge of the English language, you will have access to an incredible library of material, which is not available in national languages.

10. English, Irish and American literature belong to the best in the world and imagine the pleasure of reading poetry and fiction in the original.

11. English for travel. Knowing English gives you opportunities to explore the world. Whenever you go on your holiday, you are likely to find English-speaking staff at hotels, restaurants and places of interest, which means you will be able to communicate easily.

12. English is an amazing language with such a wealth of borrowings, idioms and phrasal verbs. They are admittedly hard to grasp for beginners, but once you progress a bit you will be astonished at the beauty and vibrancy of the English language and you will find it a such a pleasure to learn.

Is there anything I missed? Please let me know YOUR reasons for learning English. We can all learn from each other.

If you need advice on any aspect of learning English, read my other articles here. Or drop me a question.

Elo Kasia is the Facebook Group Mentor for “English Time | What I Learned Today”  and Director at Eloquent Learning Online School.