Literally an overused word? What is the correct use of “literally”?

The topic for today is “What is the correct use of literally?“. Learning should be for life. Every moment of every day we are being presented with new and important lessons.

Literally an overused word? What is the correct use of “literally”? Spencer thinks it is best used in this way if you pair it with a ridiculous, obviously figurative image so people can tell you are being hyperbolic.

Literally an overused word? What is the correct use of “literally”?

Thank you, Please subscribe to this popular YouTube channel – Simple English Videos.
Why You Should Throw Away Your English Grammar Book

What is the correct use of “literally”?

Literally an overused word? When to use each

The word literally comes from the Latin noun littera, meaning “letter,” as in a letter of the alphabet. The word literally therefore actually literally means “by the letter.” Therefore, in its most literal, etymological sense, it refers to reading or transcribing a text letter-by-letter.

The sense in which the word is often used to mean “exactly as written” or “not figurative” is actually an extended, metaphorical use of the word. Therefore, technically speaking, the people who complain about people misusing the word literally are, by their own prescriptivist standard, actually misusing it themselves. 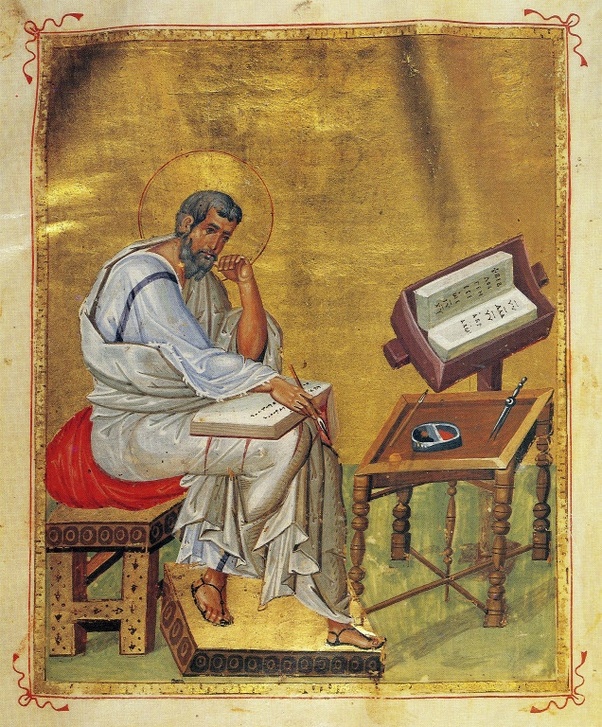 Thank you, Spencer and Quora.

ABOVE: Mid-tenth century Byzantine manuscript illustration of Matthew the Apostle with Byzantine-era scribal equipment. The word literally literally means “by the letter,” referring to reading or transcribing something letter-by-letter.

There is actually nothing inherently wrong with using the word literally to intensify a figure of speech. This is itself a kind of figure of speech known as hyperbole, in which something is exaggerated beyond all sense of reality for deliberate dramatic effect. How do you make something that is already hyperbolic even more hyperbolic? Easy. Just explicitly ironically claim that the hyperbolic statement is not hyperbolic!

There is also something humorously ironic about calling an obviously figurative description “literal.” In fact, people have been using the word this way for hundreds of years and this usage of the word has been employed by some of the English language’s greatest writers. For instance, look at some of these examples:

“And when the middle of the afternoon came, from being a poor poverty-stricken boy in the morning, Tom was literally rolling in wealth.” —Mark Twain in his novel The Adventures of Tom Sawyer (originally published in 1876)

“His eyes literally scoured the corners of his cell.” —Vladimir Nabakov in his novel Invitation to a Beheading (originally published 1935–1936 in Russian, but translated into English in 1959 by Nabokov’s son Dmitri Nabokov under Nabokov’s personal supervision)

Sure, the grammar nuts may complain, but considering that people have been doing this for at least 140 years, including some of the greatest writers of modern times, I am going to say that there is nothing wrong with using “literally” to describe a figure of speech.

Just make sure, if you do use the word hyperbolically, not to do it too often or it will lose some of its punch. Also, make sure to think about what the word literally means before you use it figuratively. I personally think it is best used in this way if you pair it with a ridiculous, obviously figurative image so people can tell you are being hyperbolic. 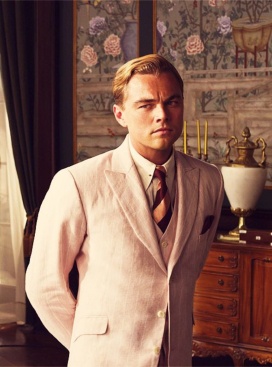 Thank you, Spencer and Quora.

ABOVE: The character of Jay Gatsby as portrayed by Leonardo DiCaprio in the 2013 film The Great Gatsby. You can probably tell me if he is “literally glowing.”

Reference: Spencer Alexander McDaniel, “Grammarians, what is the correct use of “literally”?” originally appeared on Quora, the place to gain and share knowledge, empowering people to learn from others and better understand the world. Fix your English Grammar