4 More posts from Davra Logan, Check them out!

Men and women have roles,

their roles are different,

but their rights are equal.

Its a true English story about Nadia Anjuman (1980—2005). Nadia Anjuman was a talented Afghani poet who was beaten to death by her husband at the age of 25. 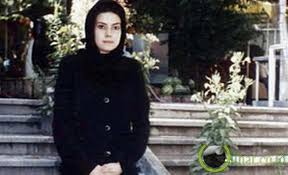 Anjuman took her pen name directly from that of Herat’s esteemed literary society Anjuman _e Adabiy_e Herat, which was formed in the 1930s.

Born in 1980, Anjuman began writing poetry, encouraged by her family, as a child.

But when the Taliban took control of the city in 1995 Anjuman, who was in eleventh grade at the time, was forced to move her literary ambitions underground.

She and a few other women poets gathered in secret, carrying sewing baskets to disguise their notebooks.

After the fall of the Taliban, Anjuman entered Herat university to study openly with the same professors who had risked their lives to nurture the secret circle of women poets under the noses of the Taliban.

In 2004 Anjuman was pressured into marrying another student, who Marie characterizes as “skinny and a poor student. “

A year later, Anjuman published Gul_eDudi (smoke-Bloom) the first book of poems by a woman in Herat after the Taliban.

What should have been a triumphant moment was marred by Anjuman’s unhappy marriage.

While her family had encouraged her literary ambitions, her husband and his family did not appreciate her burgeoning success.

Later that year, during a dispute in their home, Anjuman’s husband beat her to death. He served just a single month in jail for the crime.

You can read more about Nadia Anjuman’s tragedy life From Wikipedia, the free encyclopedia here.

Also as cited by Cordite Poetry Review “Afghani poet Nadia Anjuman (1980—2005) grew up among a small literary community that encouraged her writing even during Taliban times. She was one of the first women to enroll in Herat University after the fall of the Taliban, but her pursuit of a literature degree was cut short when she was killed in an incident of domestic violence on 4 November 2005, just short of her twenty-fifth birthday. Her chosen pen name honors her beloved Herat Literary Society, Anjuman-e Adabīye Herat.”

I am going to share two of translated Nadia Anjuman’s famous poems here:

What should I do with a broken wing
Which does not let me fly?
I have been silent too long,
But I never forget the melody.
Since every moment I whisper,
The song from my heart.
Reminding myself of the day,
I will break free of this cage.
By from this solitude,
And sing with abandon.
I am not a weak tree,
To be shaken by any wind.
I am an Afghan woman,
It only makes sense to cry. 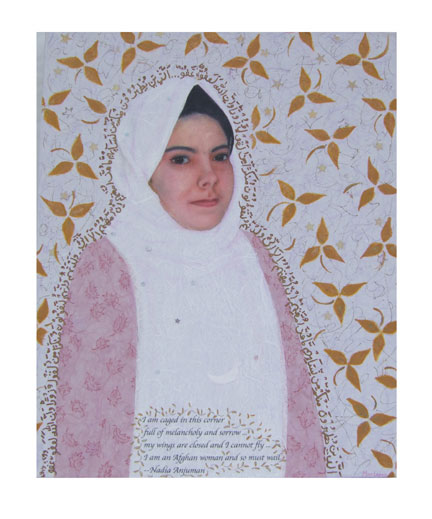 I’m full of the feeling of emptiness,
full.
An abundant famine
boils me in my soul’s fevered fields,
and this strange waterless boiling
startles the image in my poem
to life.
I watch the new-living picture,
a peerless rose
blush across the page!

But barely has she first breathed,
when streaks of smoke begin
to obscure her face and fumes
consume her perfumed skin.